Cauliflower pizza crust is all the rave. Here’s why…

For one, it allows you to get more vegetables into your meal. Next, cauliflower crust contains significantly less carbohydrates than a crust made of bread, which can be helpful for people trying to cut back on carbs. For those who are gluten-free on top of being vegan, cauliflower crust is a great, healthy alternative to traditional bread-based crusts. And lastly, it tastes good! When prepared correctly, cauliflower crust can be a fantastic, lighter option for a pizza base.

Today, we’re letting you in on a couple of our favorite cauliflower crusts to buy pre-made, as well as some recipes to make your own at home.

Looking for the best, 100% plantbased pizza crust? Look no further! The Pizza Plant is here. Our pizzas are fully pre-made, made from plants, Organic, and delicious. We begin both of our signature pizzas with a fluffy, Organic dough that when baked, turns into a delectable thin crust. We then top both of our pizzas with Organic Marinara, Organic Mozarella Style Cashew Nut Cheese, and plantbased pepperoni or sausage. Our pizzas are so tasty– you’ll have to try them yourself to know what we’re talking about! Head to your local grocery store or shop online today for The Pizza Plant.

Where Can I Buy Pre-made, Vegan, Cauliflower Crusts?

There are a few delicious, vegan, cauliflower crusts on the market. A couple of our favorites include Rich’s Home Cauliflower Pizza Crusts and American Flatbread Vegan Harvest Pizza. 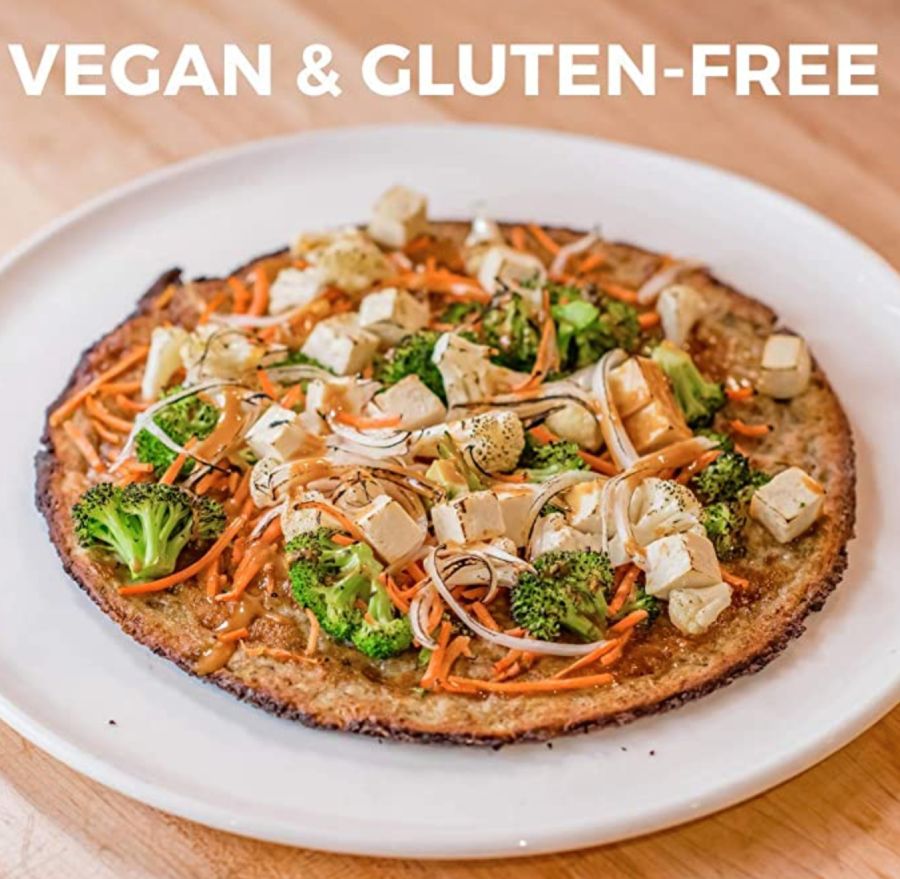 Unfortunately, many pre-made cauliflower crusts contain egg, which makes them not vegan friendly. Be sure to check the label on your premade cauliflower crust to ensure that it does not contain eggs and is 100% vegan. Sometimes, foods will claim to be plantbased, but only include mostly plantbased ingredients. So, look for labels that say the food is vegan, or just double check the ingredients to make sure.

Where Can I Buy Pre-made, Vegan, Cauliflower Crusts?

There are a few delicious, vegan, cauliflower crusts on the market. A couple of our favorites include Rich’s Home Cauliflower Pizza Crusts and American Flatbread Vegan Harvest Pizza.

Unfortunately, many pre-made cauliflower crusts contain egg, which makes them not vegan friendly. Be sure to check the label on your premade cauliflower crust to ensure that it does not contain eggs and is 100% vegan. Sometimes, foods will claim to be plantbased, but only include mostly plantbased ingredients. So, look for labels that say the food is vegan, or just double check the ingredients to make sure.

Can I Make My Own Vegan, Cauliflower Pizza Crust?

This recipe uses flax egg, a totally vegan, easy to make, egg alternative that uses flaxseed meal and water. When mixed with cauliflower, vegan parmesan cheese, and a variety of spices, the result is a delicious, cauliflower-based pizza dough. 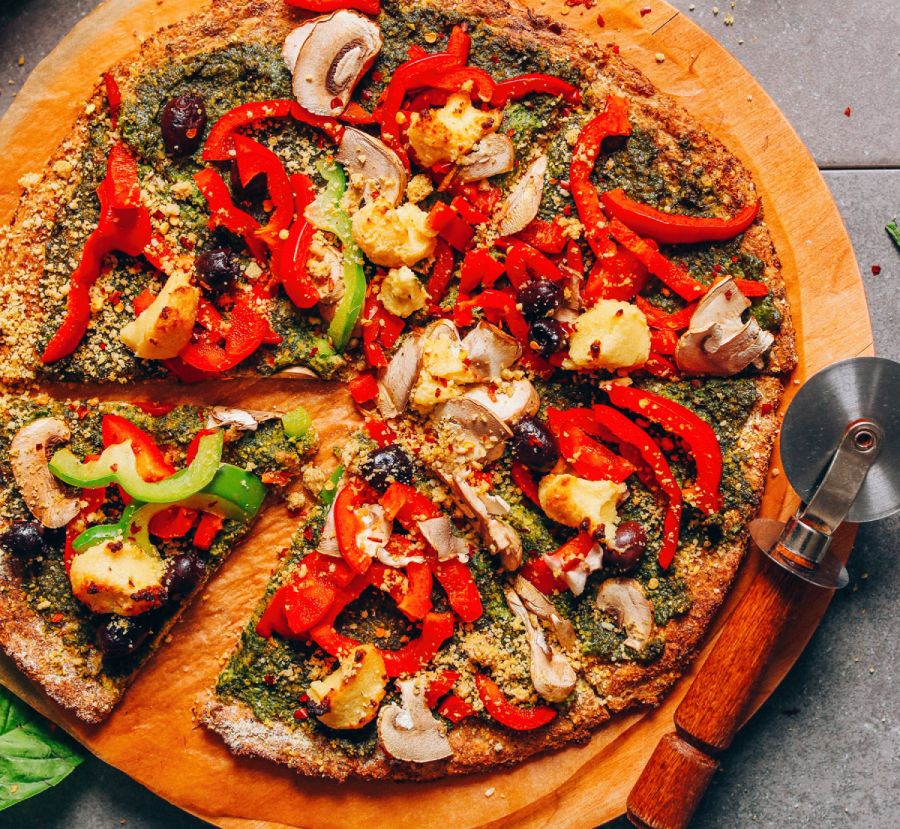 This recipe uses pre-made, frozen cauliflower rice that you can buy at most grocery stores. Other ingredients include ground chia or flax seeds, almond flour, and spices. 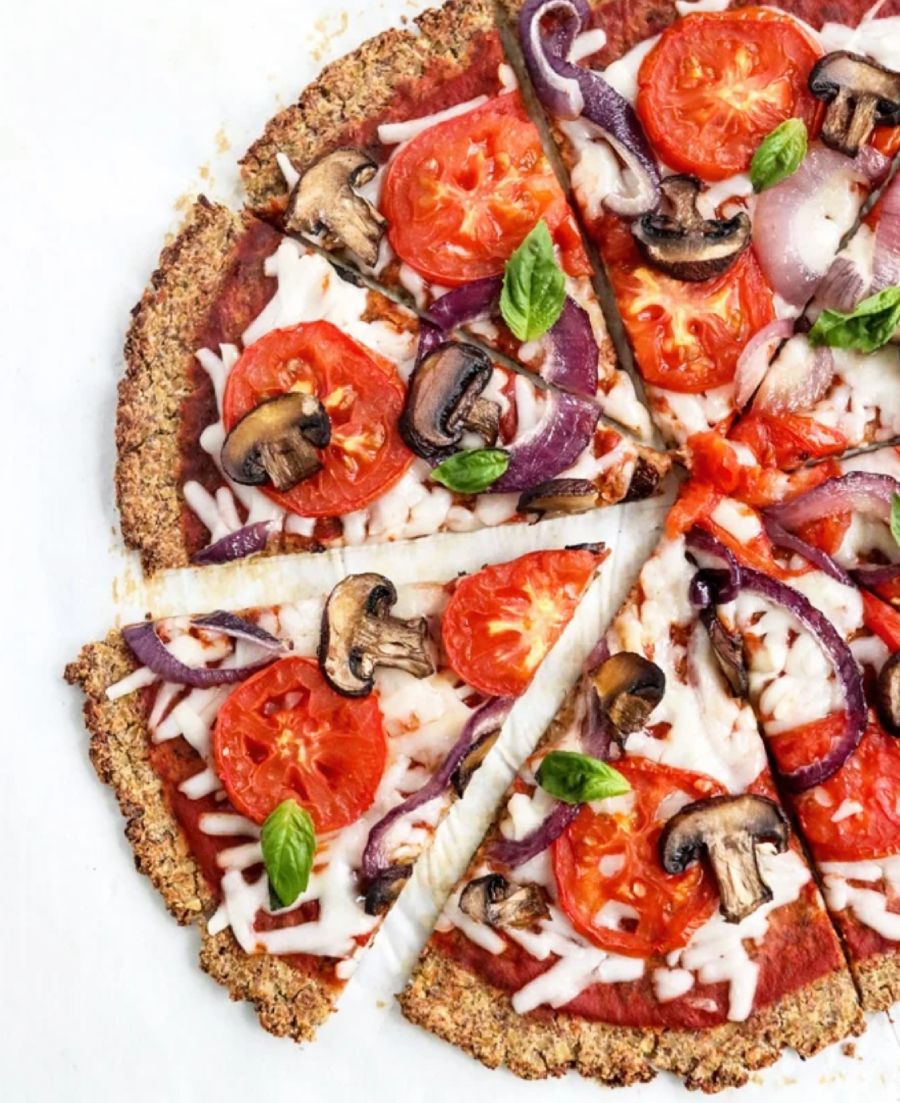 This recipe also uses frozen cauliflower rice, as well as a bit of a longer list of ingredients as compared to other recipes. But, if you’re looking for a more detailed recipe that is well worth the effort, definitely try this one out!

We hope you feel inspired to make your own vegan, cauliflower crust at home! All recipes listed above will give you delicious, vegan cauliflower crusts that act as perfect bases for plantbased pizzas. 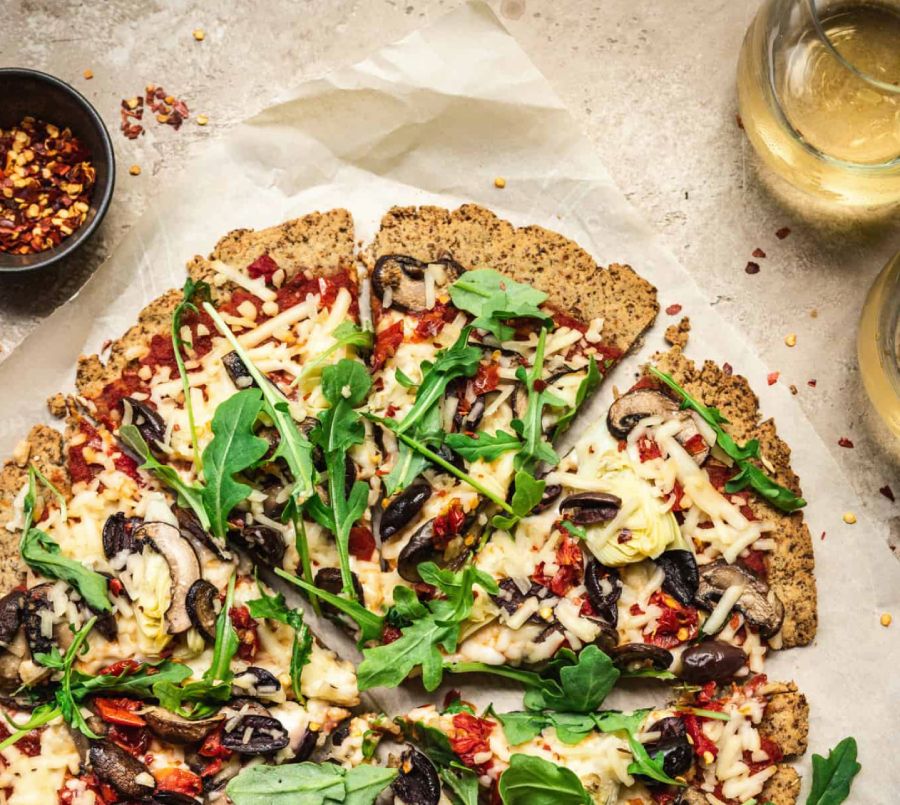 Usually, yes! In fact, most pizza crusts are made from a base of flour, yeast, water, salt, and olive oil, which are all vegan ingredients. You can make this basic version of vegan crust on your own, or find a pre-made version of it at most grocery stores or pizza joints.

Although this basic version of pizza dough can be found or made easily, some versions of pizza dough include more, non-vegan ingredients. These ingredients are usually dairy or egg-based, which of course, makes the dough not vegan-friendly. Some doughs add in egg to give the bread a more fluffy texture, and others add cheese or butter to create a more creamy flavor.

For the most part, pizza dough and therefore, pizza crust is vegan. Which means that if you’re a vegan eater, it should be relatively simple to find a pre-made, vegan pizza crust, or to make one yourself. How great is that?

Simply put, yes. If you’re ordering pizza from a local pizza joint, make sure to ask if their crusts contain are vegan-friendly. If the answer is yes, you’re good to go! Just be sure that the rest of the toppings you order for your pizza are plantbased as well.

You can also find plantbased pizza crusts at fast-food pizza chains such as Domino’s or Pizza Hut. At Domino’s, you can order their thin crust which is vegan, and then top the pizza with their classic red sauce and vegetables, which are also all plantbased. Furthermore, several of their dipping sauces are vegan, including their garlic sauce, barbeque sauce, and Italian dipping cups. Pizza Hut has many vegan options when it comes to pizza crust. Their Thin ‘N Crispy Dough, Hand-Tossed Style, Pan Crust, and P’Zone Dough are all plantbased, and even their Buttery Blend Crust flavor is vegan. You can then complete your pizza with their red sauce that is plantbased, and all of their vegetables which are also, to no surprise, plantbased. 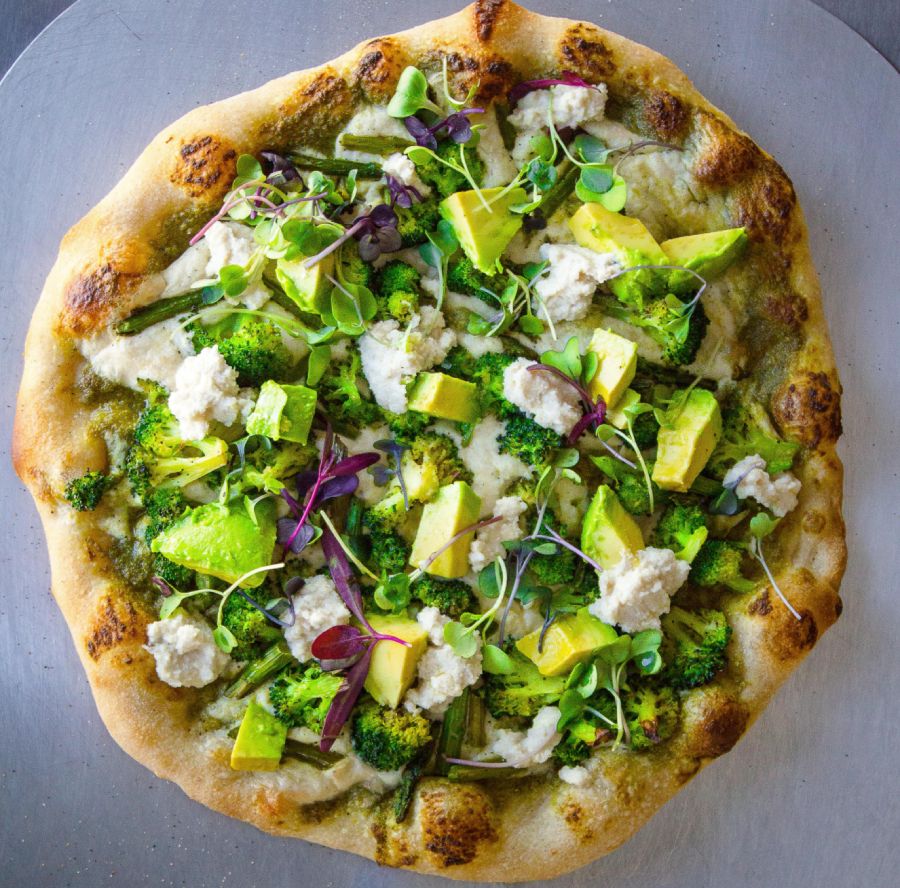 Where Can I Buy Pre-Made Pizzas With Plantbased Pizza Crust?

We’re glad you asked! At The Pizza Plant, we do plantbased right- and our pizza crust is no exception! Both our Everything but The Hog plantbased pizza and our Salsiccia Italiano plantbased pizza are made with a delicious, Organic Thin Crust Dough. Our dough is made from simple, organic ingredients, including organic 00 flour, organic safflower oil, organic active dry yeast, and organic brown sugar. For a full list of ingredients and nutrition facts, head here. When baked, our Organic Thin Crust Dough becomes a thin, flaky crust that’s mouth-wateringly good. 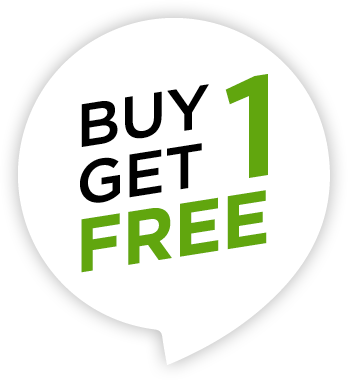