Been needing that extra boost of motivation to keep sticking with your plantbased diet? Meet Rich Roll. He is an ultra-endurance athlete turned full-time wellness and plantbased advocate – A.K.A. your new go-to for all plantbased advice and inspiration! Today, we’re going to tell you all about Rich Roll, including a bit about his story, why he’s so influential in our plantbased world, and where you can learn more about him. So, keep on reading – we guarantee you’ll admire this man just as much as we do by the end! 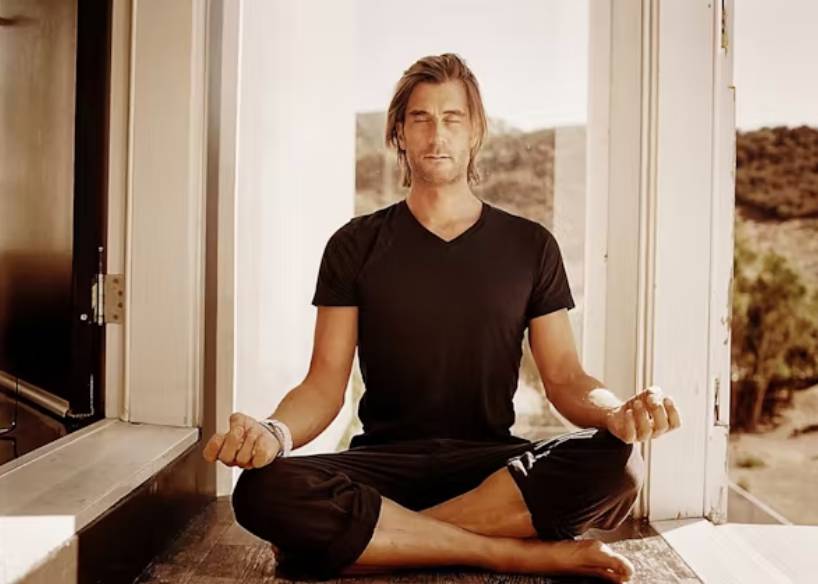 Speaking of plantbased, have you tried The Pizza Plant? Our pizzas are 100% vegan, made from wholesome, Organic ingredients, and so tasty – you won’t even believe they’re better for both you and the planet! You can try out both of our signature plantbased pizzas by heading to your local grocery store or shopping on the GTFO It’s Vegan marketplace to have our vegan pizzas delivered straight to your door.

Now, let’s talk all about one of our plantbased heroes, Rich Roll!

The Story of Rich

You might’ve heard the name before, but how did Rich Roll become the plantbased icon that he is today? He competed as a butterfly swimmer at Stanford University in the late 80’s, until his athletic career was ended by his addictions to drugs and alcohol. Rich’s struggle with drugs continued for a decade, pushing him away from all the things he loved most, until he wound up in rehab at the age of 31. Once he became sober, he found himself to be in the worst shape of his life. On the night before his 40th birthday, he found himself in excruciating pain after climbing a flight of stairs – a moment that would change his life (and the lives of many others) forever.

On the day of his 40th birthday, Rich Roll vowed to make a change. He turned to solely plantbased foods, picked up running, and even took up swimming again. Merely two years later, he competed in Ultraman, a 320-mile ultra-endurance race, and finished top 10 for males with the 2nd fastest swim time. In case you didn’t put the pieces together, this was his first-ever triathlon event and took place only two years after his heart attack scare. In 2009, Rich participated in Ultraman again, this time pulling off a 2:21 swim time (the 6th fastest ever recorded) and a 6th place overall finish despite facing serious injury on day 2 of the race.

Rich Roll quickly became a well-known name. Rich’s show-stopping athleticism fueled by his plantbased diet caught wind by major news channels and publications world-wide. He is now a husband, father, plantbased advocate, and renowned public speaker, spreading the plantbased message and helping people take control of their lives the same way he did.

Where Can I Hear and Learn From Rich?

We’re glad you asked! Rich’s website serves as a hub for all of his endeavors and you can find just what you’re looking for there. If reading is your thing, we can’t recommend his books enough. Rich has 6 books for sale, all of which are incredible reads, and we would personally recommend starting with Finding Ultra and The Plantpower Way. Alongside his books, you can also listen to his podcast, The Rich Roll Podcast, a show where Rich discusses all things wellness alongside incredible forward-thinking guests including those in the sectors of health, fitness, art, nutrition, entertainment and more. Lastly, if you’d like to learn more about the way Rich Roll eats to fuel himself for success, we suggest signing up for his Plantpower Meal Planner service. As a member, you’ll get help from nutrition experts, personalized recipes every single day, grocery lists, and even grocery delivery in select areas. Needless to say, just about everything Rich Roll puts out into the world is pure plantbased magic. We hope you feel just as inspired as we do to dive into his world as we do!

If you found this post helpful, be sure to share it with a friend or family member who may also be inspired by Rich Roll’s story.