Impossible Meat vs. Beyond Meat: Which Is More Nutritious?

Whether you are a long-time vegan, have dabbled with the vegan lifestyle, or have simply visited your local grocery store lately, you’ve undoubtedly heard about and seen Beyond and Impossible meat. These completely vegan meat alternatives have been all the rage over the past few years, and for good reason! They taste almost eerily similar to real beef, are dense sources of plantbased protein, and are quite possibly the best beef alternatives out there. The thing is, Beyond and Impossible are two different brands yet their products taste incredibly similar. You could pick up either at your local grocery store and make an incredible, plantbased meat dish. But, which one is actually better for you? Today we’re going to explore that very question! Read on for a bit of nutrition 101 when it comes to Impossible and Beyond meat. 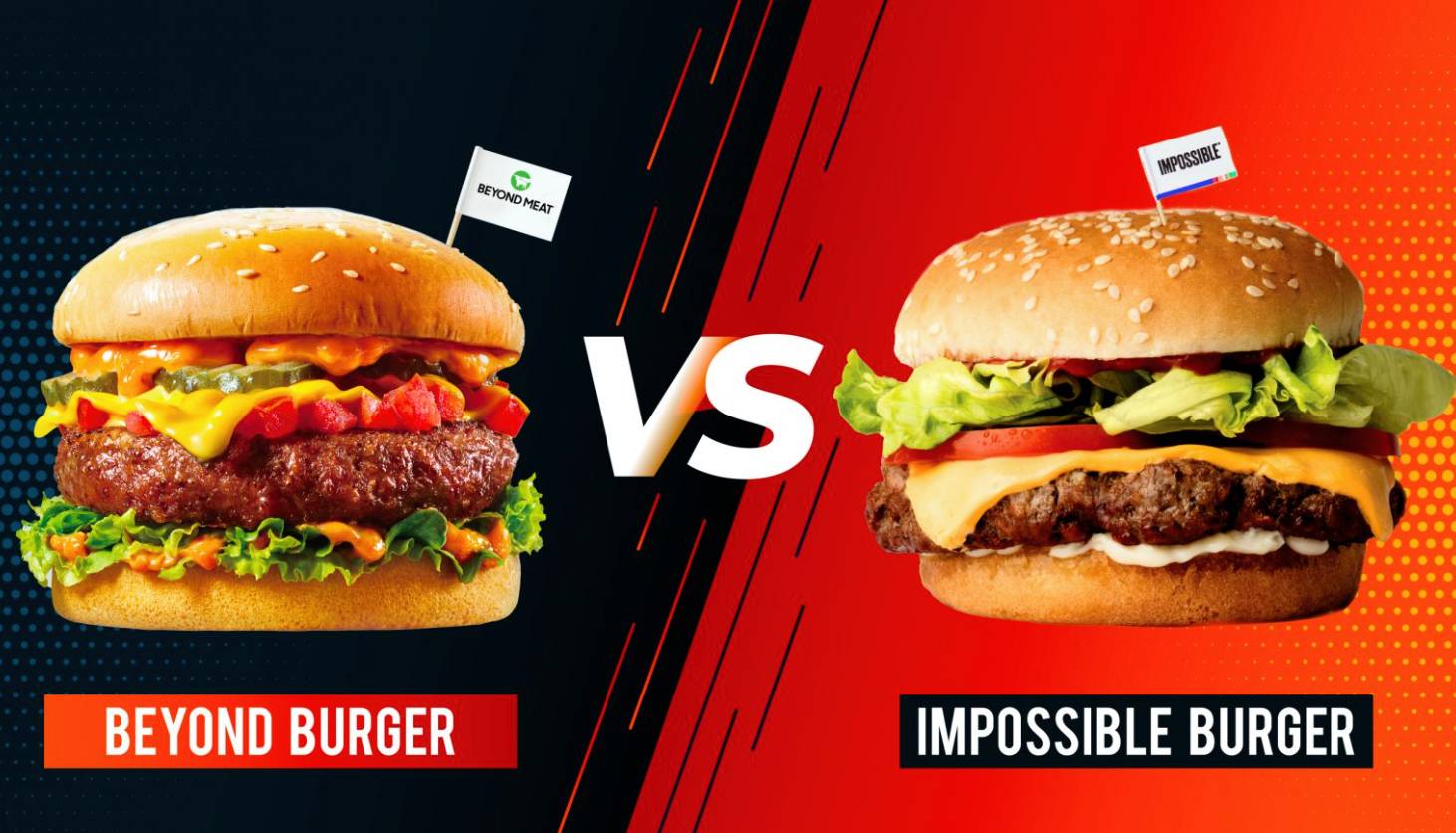 Not to brag, but when it comes to nutritious plantbased meats, no one does it better than The Pizza Plant! Both of our signature pizzas are topped with wholesome, 100% vegan, and delicious plantbased meat alternatives that will leave you satisfied and full of necessary nutrients. For a pizza topped with savory vegan pepperoni, try our Everything But The Hog plantbased pizza. If sausage is your thing, go for our Salsiccia Italiano plantbased pizza. You can find our pizzas in the frozen section of your local grocery store or by shopping online on the GTFO It’s Vegan marketplace.

Let’s Break Down The Nutrition of Impossible and Beyond Meat!

When it comes to protein, the two contain a very similar amount, with Impossible burgers containing 19g and Beyond containing 20g. Although they are both high sources of plantbased protein, the main difference between the two is actually their protein source. Soy and potato make up the primary protein source in Impossible burgers, while peas, mung beans, and brown rice provide the protein in Beyond burgers.

So, Which Should I Eat? Impossible or Beyond?

As you can see from the breakdown above, Impossible and Beyond burgers are quite similar in their nutrition value. However, due to its different protein source, Beyond burgers do offer a slightly richer makeup of essential vitamins and minerals. The bottom line? It’s up to your personal preference. Read the ingredient lists of the two and make your decision from there, because you truthfully won’t get a substantially different amount of nutrients from either.

If you find this post helpful, be sure to share it with a friend or family member who may also like to learn about the nutrition value of Impossible and Beyond meat.