How to Make Vegan Ice Cream

Leave ice cream for the dairy eaters to enjoy? No way! If you know us by now, you know that we’re huge believers in the ability to “vegan-ify” everything – and ice cream is no exception! A common misconception about going vegan is that it requires sacrificing your favorite foods, but trust us when we say, that doesn’t have to be the case. In our modern world, in which becoming vegan is more popular and widely-accepted than ever before, there are tons of amazing pre-made products and recipes out there that are just as satisfying and tasty as the non-vegan versions. Take ice cream for example – we bet you could run to your nearest grocery store right this moment and find at least 10 different fully vegan ice cream brands.

Speaking of the frozen section of your local grocery store, have you picked up The Pizza Plant lately? Our pizzas are fully vegan and plantbased, pre-made, and the most enjoyable pre-ice cream meal out there. If you don’t feel like going on a grocery run to grab our pizzas, no stress! You can also find both our signature pizzas on the GTFO It’s Vegan Marketplace. Stock up on The Pizza Plant and all the ingredients you’ll need to make your own vegan ice cream. Talk about a “vegan-ified” two course meal! 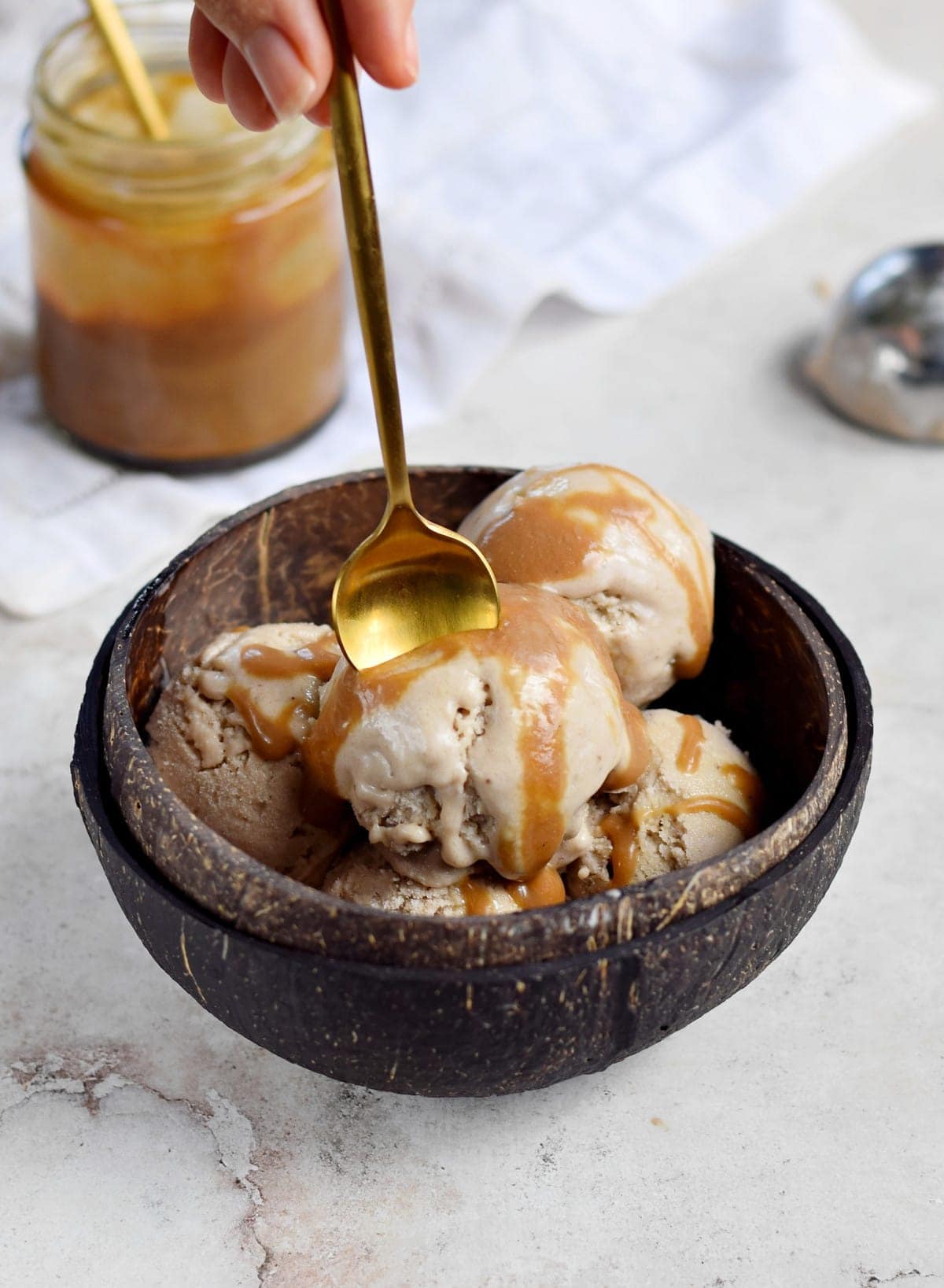 Today, we’re letting you in one some of our favorite recipes for making your own vegan ice cream. Spoiler alert: It’s much easier than you may think! Better yet, it tastes just as good, if not better, than the real thing. So, sit back and get your sweet tooth ready – we’re talking homemade vegan ice cream!

Here are 6 of our favorite recipes for making vegan ice cream in the comfort of your own kitchen:

Didn’t find the ice cream flavor you were looking for on this list? There’s more where that came from! Click here for a list of 34 vegan ice cream recipes by the Minimalist Baker. If you find this post insightful, be sure to share it with a fellow vegan ice cream lover! And, as always, head to your local grocery store or shop online for The Pizza Plant. Vegan pizza and vegan ice cream? Name a better duo. We’ll wait.